DR MAKHOSI Khoza spilled the beans on Twitter on Saturday when she announced that the Organisation Undoing Tax Abuse (OUTA) was being bankrolled by the Democratic Alliance under Helen Zille. Khoza left the African National Congress (ANC) to form her own party African Democratic Change Party before ditching it to join OUTA and leaving after a short stint to rejoin her party.

“DA under Helen Zille bankrolled OUTA. In the light of Zille’s view that corruption = black privilege Im therefore not surprised why OUTA refused to accept poor Sharpeville communities as members. Poverty is not a privilege in my world”.

Proceeding on the same theme of “black privilege” Zille responded:

“Dr Makhosi Khoza given a soft landing at OUTA, leaving in a huff within months, and then accusing the organisation of racism (after its successful anti e-Tolls campaign that benefited all, especially the poor). #BlackPrivilege”

“#OUTA is apolitical. We get funding from ordinary citizens, SME’s and larger funding agencies. The #DA gave OUTA R1m in 2014 to help fund #Etolls legal case. This is public knowledge + no secret. We have no affiliation to @Our_DA & have challenged them on many occasions”

Wayne Duvenage of OUTA also added his voice to the debate.

“The DA does not bankroll OUTA. Public knowledge was that in 2013, DA paid R1m toward OUTAs eToll litigation costs to enable an appeal to SCA. Here’s Makhosi’s own resignation letter. Not sure why these comments.”

“Makhosi was a valuable member of OUTAs team whilst with us. She resigned of her own accord, see link to resignation letter. We are not affiliated to the DA in any way. They paid R1m in 2013 toward eToll court challenge”.

Khoza, who was only at OUTA for nine months, resigned shortly after she apologised to DA Leader Mmusi Maimane for trying too hard to be black. Her apology followed a statement by OUTA which suggested she may have been forced to apologise.

Today had the great privilege of negotiating the future of a new family. Lobola is a special occasion. Thank you to the family for upholding tradition. We look forward to a great future for this couple and families in SA. Umqombothi is great. Special 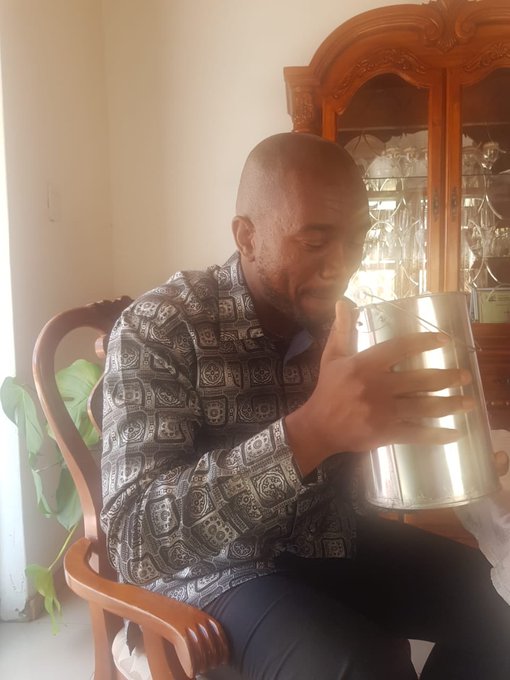 Oh! Poor Mmusi trying hard to be ‘black’. Maimane blackness pursuit is foreign to me.Umuqombothi is definitely not in my definition. Mine features one of the earliest Ethiopian philosophers, Zera Yacob & Amilcar Cabral, a deep thinker living ahead of his time.

Subsequent to my tweet yesterday about Mmusi Maimane, I understand why my comment was seen as a personal attack on his person. This was not my intention and accordingly, I apologise to Mmusi for this. Read Native Beer Act 1908 & OUTA statement

Khoza continued with her slating of OUTA this morning.

“OUTA is a brand with potential but fake white supremacy morality vulgarizes their fight against corruption. FACT! Outstanding ethical black professionals end up working for organizations such as Afriforum & OUTA because black-corrupt elite in govt reject them”.

Eyewitness in Venezuela: a 14-year Perspective