Just how obscene is reflected in the sight of former US President Barack Obama delivering the annual Nelson Mandela lecture in Johannesburg on July 17, the 100th anniversary of the giant of the anti-apartheid struggle’s birth.

This event has been held annually in South Africa since 2003, organized by the Nelson Mandela Foundation. According to the foundation’s website “global leaders have used the lecture to raise topical issues affecting South Africa, Africa and the rest of the world.”  Instantly arriving on the back of these words, however, given Obama’s participation as the event’s star act this year, comes anger and a crippling sense of irony – cruel irony – as ‘Libya’ hovers into sharp relief. 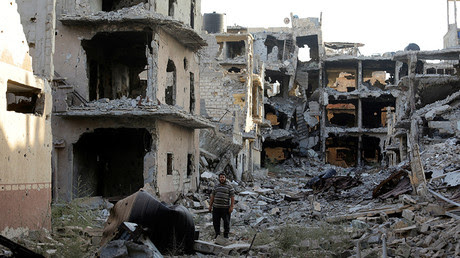 Not only was the former US president key in turning the North African country from a functioning state with a ‘high human development rank’, according to the UN, into a manifestation of hell on earth, but Libya’s murdered leader, Muammar Gaddafi, provided significant material aid to Mandela and the anti-apartheid struggle in South Africa when at its most intense. This was way before it achieved the status of cause celebre in the West, when Washington and its allies were doing their utmost to lend legitimacy to the country’s brutal apartheid government and state institutions.

Mandela, to his credit, never forgot Gaddafi’s support and solidarity, taking the opportunity of a public appearance alongside then US President Bill Clinton in 1998 to declare that in reference to Gaddafi’s Libya “moral authority dictates that we should not abandon those who helped us in the darkest hour.”

The unvarnished truth when it comes to Obama’s connection to Mandela is that the only thing they ever had in common – apart, that is, from the Nobel Prize they both received – was the color of his skin. Other than that Obama stands as a political and moral dwarf compared to a man who endured untold privation and hardship during the struggle against Apartheid, including 27 years in prison.

Opportunism of champions of Western liberalism, such as Obama

No matter, for champions of Western liberal opportunism have long occupied the slot in the dictionary where shame should reside. And there is no better example of it than Obama’s 2013 pilgrimage to Robben Island, where Mandela served most of the long years spent incarcerated alongside other heroes of the struggle for freedom for black South Africa.

President Obama’s visit to the notorious prison island in the year of Mandela’s death came at a time when inmates at the equally notorious US detention facility at Guantanamo in Cuba were engaged in a hunger strike, demanding an end to the harsh treatment and conditions of their own incarceration. This was the same Guantanamo Obama had pledged to close on his first days in office. The record shows, of course, that not only did America’s first black president fail to close Guantanamo on his first days in office, he did not close it on any day of the two terms he served. 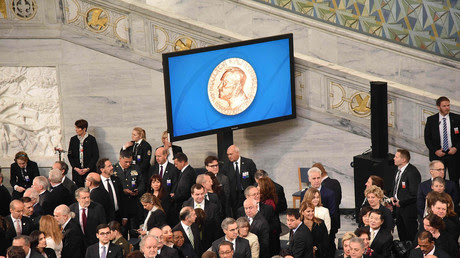 ‘Wicked sense of humor’: Could Donald Trump be a Nobel Peace Prize laureate?

Add to Obama’s malign record the failure to address the mass incarceration of young black men within the US prison system itself, the fruits of Bill Clinton’s infamous 1994 Crime Bill, and the hypocrisy becomes so thick that if it were glue you could use it to stick a passenger airliner to the runway by its wheels, safe in the knowledge it wouldn’t budge.

The misinterpretation and distortion of Nelson Mandela’s legacy did not begin with Obama, however, and nor sadly will it end with him. It began the day he walked out of prison in 1990 at 71 years of age. By then his best years had been stolen from him and throughout his long period of incarceration at the hands of the Apartheid regime, during which he never once renounced his commitment to the cause, Mandela was elevated to the status of a living saint.

In fact in many ways Mandela’s plight on Robben Island became a surrogate for the anti-Apartheid struggle itself, leading to the man being eclipsed by the legend. And this dynamic was arguably reflected in the terms that brought Apartheid to an end.

Because what black South Africa received was not the justice it had fought so hard and long for. What it received was a simulacrum of justice, its poor imitation, granting political rights without the economic justice required to address the huge imbalance in wealth between the country’s majority black and minority white population, the fruits of Apartheid.

In essence the ANC abandoned the Freedom Charter that had underpinned the struggle against white domination. The fact they did so under pressure from the West via the IMF, whose priority throughout was the protection of Western investments in the country, both private and corporate, did little to sweeten the pill which black South Africa and Africans were forced to swallow.

Ronnie Kasrils, one of the undisputed giants of the ANC and the anti-apartheid, put it bluntly:

“What I call our [the ANC’s] Faustian moment, he writes, came when we took an IMF loan on the eve of our first democratic election. That loan, with strings attached that precluded a radical economic agenda, was considered a necessary evil…Doubt had come to reign supreme: we believed, wrongly, there was no other option; that we had to be cautious, since by 1991 our once powerful ally, the Soviet Union, bankrupted by the arms race, had collapsed.” 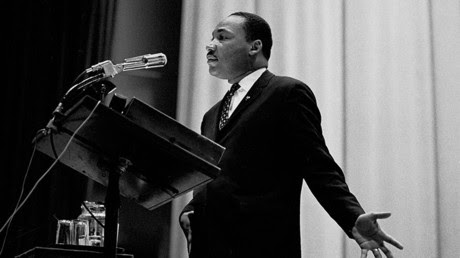 Using his considerable moral capital, Mandela sold this ‘Faustian moment’ to his people, thereby ensuring that apartheid ended without the civil war and rivers of blood many predicted. That it did not was a monumental achievement for which the former leader of the ANC deserved and will always deserve enormous commendation.

Sadly, the other side of that coin is that it involved Mandela being politically defanged, repackaged as a benign elder statesman of moral suasion, his revolutionary past obfuscated in a fog of liberal platitudes. He was now meeting with rock stars and Hollywood celebrities such as Bono, allowing them the opportunity to ramp up their PR machines to convince a world pre-occupied with the alternate reality fashioned under liberalism that instead of grasping tax avoiding narcissists, they were in truth soldiers in the same cause of global justice as Mandela.

In the process the true meaning of Nelson Mandela’s legacy and struggle was subverted.

Meanwhile, in the even more intensely grasping world of mainstream politics, we have borne witness to the sight of a veritable rogue’s gallery of ‘saviours’ – Bill and Hillary Clinton, Tony Blair, and of course Obama – extending themselves in embracing the benign Mandela of later years, as such, and again, abstracting his radical and revolutionary past.

This being said, even in his last years Mandela never forgot those who stood alongside black South Africa in that ‘darkest hour’. Muammar Gaddafi we’ve already mentioned, but there was also Fidel Castro and Cuba, whose sons bled in that great cause, fighting in Africa motivated by nothing other than internationalism and solidarity with an oppressed people. As Mandela himself said: “Cuban internationalists have done so much for African independence, freedom and justice.”

Taken in context, then, the sight of Barack Obama delivering a lecture named after Nelson Mandela is an unalloyed travesty, proof that while the ANC may have won the war it lost the peace. Obama is not and has never been a friend to Africa. On the contrary, a man who undoubtedly was a friend to Africa, Muammar Gaddafi, was butchered with Obama’s complicity in 2011.

As the saying goes: “Politics have no relation to morals.”

The War on Assange Is a War on Press Freedom

For As Little As A Monthly Donation or Subscription of R150,00 You can Keep UnCensored Alive

For those of you who read UnCensored regularly, we implore you to donate. For those who donate, we thank you greatly.